There are eight county parks and forests for hiking, bicycling, picnicking, camping, fishing and hunting.

The land is the distinctive feature of the Driftless Area. Its rugged beauty, its ancient rivers, its rich plant and wildlife make the area an outdoor paradise. And what better way to experience and explore this paradise than in its parks.

Crawford and Vernon County have three state parks, and just across the Mississippi River, the neighboring state of Iowa offers two more.

There are eight county parks and forests for hiking, bicycling, picnicking, camping, fishing and hunting.

A dozen designated State Natural Areas offer visitors the chance to see steep goat prairies, prairie remnants, forests, and wetlands, replete with native plant, bird and animal species rarely seen. Reaching some may take a bit of persistence, but they are not quickly forgotten.

The Kickapoo Valley Reserve is an 8,569-acre natural area located between the villages of La Farge and Ontario. Every kind of recreational trail is available, from 25 miles of paved road for touring bikes, 24 miles of off-road trails for mountain bikes, 37 miles of trails for equestrians, and three hiking-only trails in addition to those that can be shared. You may canoe the Kickapoo River through the Reserve by contracting with one of the nearby liveries, and in winter you can experience the Reserve on cross-country skis, snowshoes, or by snowmobile. Primitive camping is available at 25 different sites. The beautiful visitor center offers information about the Reserve, plus a variety of educational programs for children and adults.

Wildcat Mountain State Park is located on a steep ridge overlooking the Kickapoo River, offering spectacular views for horseback riders, hikers, and campers. The 3,603 acres in the park are mostly wooded. There are 25.8 miles of trails, all available for hiking and portions available for snowshoeing, cross-country skiing, and horseback riding. There is also a 1.3-mile interpretive nature trail.

Just south of Prairie du Chien is Wyalusing State Park. The park’s 2,628 acres includes hardwood forests, pine plantations, bluffs, springs, waterfalls, wetlands, and backwaters, providing habitat for wildlife and 90 species of birds. A canoe trail through the river sloughs provides a great way to watch waterfowl, and a boat ramp permits the launch of trailered boats. There are two campgrounds with 109 camp sites, 34 with electricity. Wyalusing has 23.7 miles of trails for hiking, mountain biking, and cross-country skiing. Located within the state park is the Wyalusing Astronomy Center, where the Starsplitters Club provides educational programs on astronomy.

Pike’s Peak State Park is located near the towns of McGregor and Marquette just across the Mississippi River in Iowa. From the top of a 500-foot bluff, the confluence of the Wisconsin River and the mighty Mississippi may be seen to the south. To the north, the view of the bridges connecting Iowa and Wisconsin is breathtaking. There is an attractive campground with 77 sites, 60 with electricity. The park is a hiker’s delight, with one trail passing Bridal Veil Falls, a refreshing spring. Mountain bikes are allowed on part of the trail system.

Effigy Mounds National Monument, across the Mississippi River near Marquette, Iowa, features 206 preserved mounds within its grounds. Thirty-one of these mounds are effigies in the shape of bears or bird, commemorating the death of loved ones and the sacred beliefs of these ancient peoples. You make take a self-guided hike, join a tour led by a ranger, or attend a talk or demonstration. 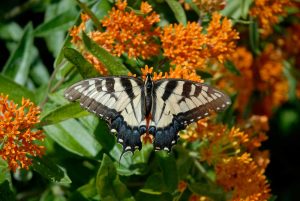 Black Hawk County Park is a small two-acre site, located between De Soto and Genoa, just of State Highway 35 and County Road BI. Located on the banks of the Mississippi River, the park has a public boat launch and private concession stand.

Crowley Ridge County Park is a wayside park located just off County Road E west of the village of Steuben in Crawford County.

The Duck Egg County Forest is a 707-acre tract of land located 10 miles west of Viroqua on Irish Ridge Road, just off County Y. This county forest is primarily used for timber management, but trails are used for hiking, snowshoeing, and horseback riding.

Esofea-Rentz Memorial County Park is a 134-acre tract of land located 9 miles northwest of Viroqua, just off County Road B. The park has five ponds, and additional fishing along the North Fork of the Bad Axe River. Esofea Park has 27 campsites (12 electric and 15 rustic), picnic areas, hiking trails, and a soccer field.

Husher County Park is located on Highway 131 south of Steuben and north of the Kickapoo River State Wildlife Area. It is a wayside park.

The Kooyumjian–Lost Creek Forest is a 120-acre tract located on Pine Avenue in Union Township, between the towns of La Farge and Ontario, just off State Highway 82. It offers public hunting and hiking trails.

Runge Hollow Lake, located on County Road Y in the town of Jefferson. The lake has a fishing pier and a boat ramp for public use (electric motors only).

Battle Bluff Prairie near De Soto is the site of one of the Black Hawk War battles. The 348 acres contain both a southern dry forest and a south-facing dry prairie on a steep slope. More than 80 species of native prairie plants have been identified. The bluff rises some 480 feet and offers a commanding view of the Mississippi River below.

Just outside of Coon Valley on County Highway P is Coon Creek Cliffs, which features a long series of north-facing cliffs, many of which are dripping wet. It supports a population of rare plants, including mosses, ginger, and ferns.

The Hogback Prairie, near Steuben, is situated on an impressive geological foundation, a narrow, steep-sided ridge that rises 300 feet above the Citron Valley, a former ox-bow of the nearby Kickapoo River. The multiple slopes of the prairie have resulted in an unusual mix of plants, blending dry prairie species with those normally found in moister areas.

The Mount Pisgah Hemlock Hardwoods stand within Wildcat Mountain State Park. The sandstone bluffs along the Kickapoo River are forested with a relict stand of hemlock, white pine, and white oak, and support of un-common pre-glacial species and threatened plants. Spring ephemerals are abundant and the area harbors an abundance of rare birds,

The 32 acres of Romance Prairie are located five miles from the intersection of Highways 35 and 56 near Genoa. It is a small dry prairie and restorable oak savannah on a steep southwest-facing slope. Sideoats gramma is the dominant grass species and red and white oak dominate the tree species.

The outstanding feature of Rush Creek, near Ferryville, is a two-mile series of dry lime “goat prairies” situated on the southwest-facing high bluffs above the Mississippi River. They are the most extensive of their kind in the state. There is a rich variety of native wildflowers, trees, and rare birds and mammals.

Sugar Creek Bluffs, near Ferryville, features dry goat prairies on the west- and south-facing slopes, dry-mesic forest, and Sugar Creek, a Class 2 trout stream. The area is highly threatened by a high interest in home development along the scenic Mississippi.

Tunnelville Cliffs, near La Farge, features an extensive series of sandstone cliffs which in turn support a rich variety of plant life including state-threatened species. Situated above the east branch of the Kickapoo River, the cliffs are owned by the Mississippi Valley Conservancy. Other features include ice caves, waterfalls, and a small goat prairie.

Wauzeka Bottoms, part of the Lower Wisconsin Riverway, contains an extensive stand of mature floodplain forest, dominated by large trees and a richly varied understory. Many species of rare birds can be found here, from raptors to waterfowl to warblers. Endangered and rare mussel species are also found in the Bottoms. 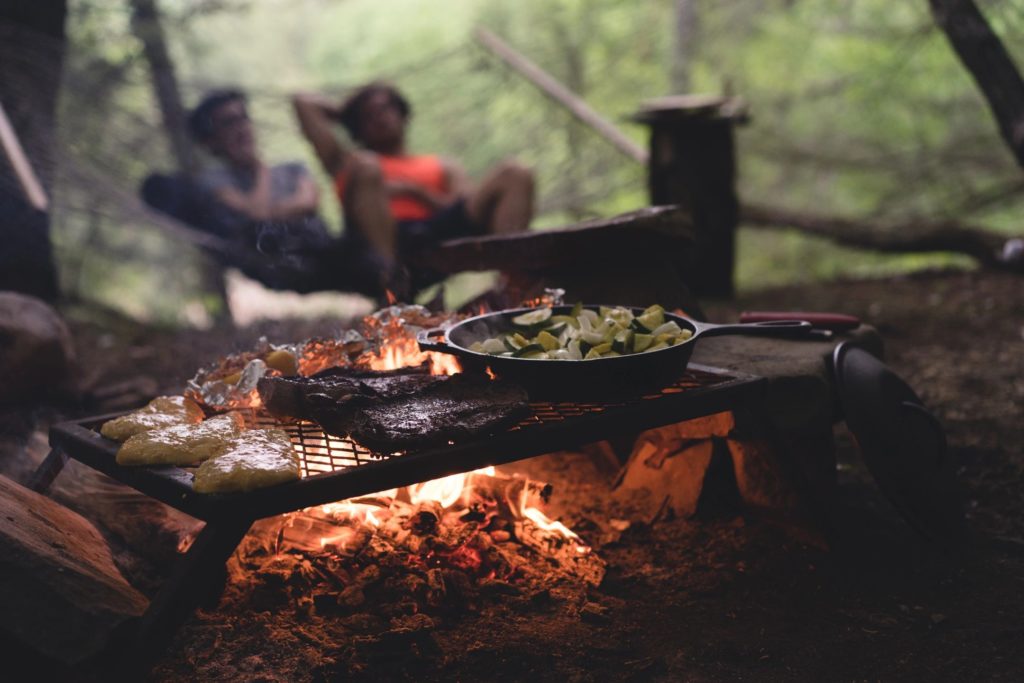 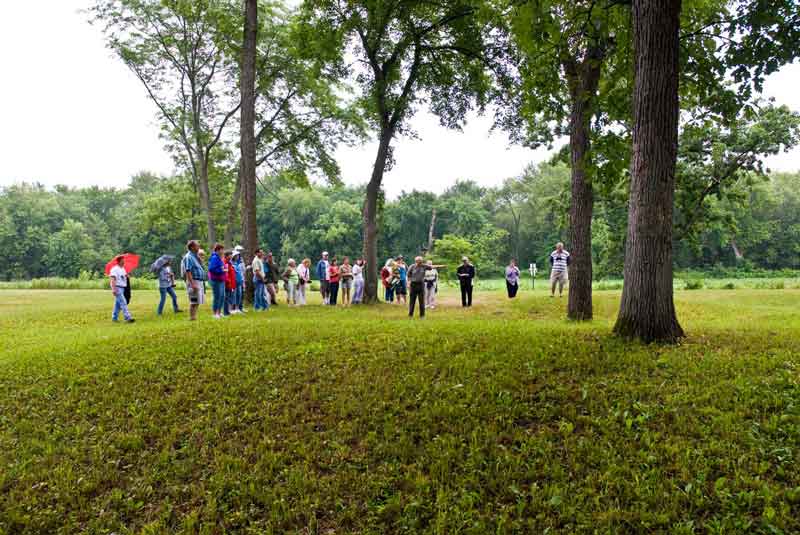 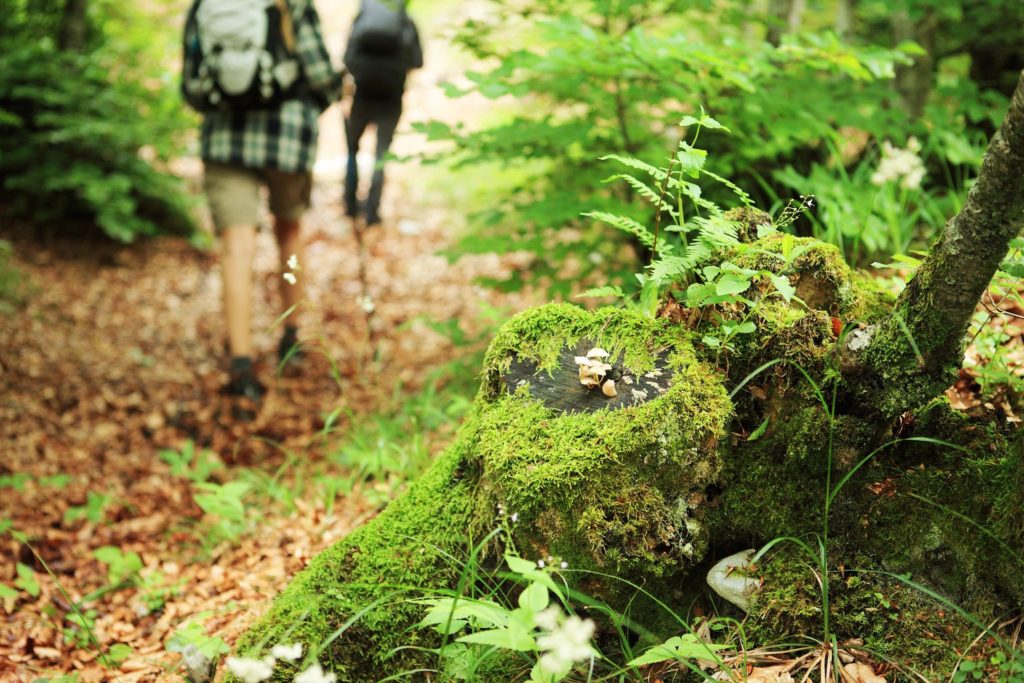