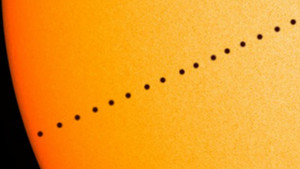 A special astronomical event occurs on November 11 when Mercury passes across the face of the sun. You’ll need a solar telescope to protect your eyes and to magnify the planet, which will appear only about 1/200 the diameter of the sun. The transit starts at 6:35am CST, but won’t be visible in the Driftless until around 6:46 when the sun rises in the east southeast. During the morning, Mercury moves from the lower left of the sun, across the center of the sun at 9:20, and exits the upper right of the sun at 12:04pm.

This transit is another example of a syzygy when one world passes directly between two others. When Earth passes between the sun and moon, we see a lunar eclipse. When the moon passes between the sun and Earth, we see a solar eclipse. When one of the inner planets (Mercury or Venus) passes between the sun and Earth, we see a transit. Such alignments are relatively rare, but we’ve enjoyed a good run of them the last 15 years with transits of Venus in 2004 and 2012 and of Mercury in 2006 and 2016. Each of them was memorable for me. I saw one near an apple orchard outside Richland Center and the other three at Governor Dodge State Park complete with good company and drama wondering if the clouds would clear for us to have a glimpse. There will be a long wait for future ones. The next Transit of Mercury visible in the Driftless is not until 2049 and the next Transit of Venus is 2117. In case you’re wondering, you can see a Transit of Earth if you are able to travel to Mars. The last one was in 1984 and was the subject of a thoughtful short story by Arthur C. Clarke. Maybe humans will be living on Mars by 2084 to see Earth and its moon orbiting together across the face of the sun.

If you are waking early on Veterans Day to see the transit, be sure to enjoy the other sights as you await sunrise. Mars rises in the east around 4:43 and the almost full moon sets in the west around 5:37. As we move later into November, Mercury appears further away from the sun and will be visible to the naked eye in the east before sunrise. November 24 is an especially good morning when Mercury, Mars, and the waning crescent moon will be gathered together and visible from around 5:30 to 6:30. You’re invited to rise early and be wowed by the Transit of Mercury with Iowa County Astronomers (see icastro.org for details). Not sure about the clouds, but you will be in good company. 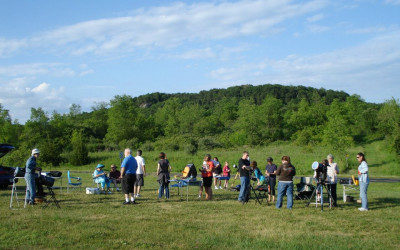 Driftless Dark Skies: A Resolution to Look Up

Most people don’t like to make resolutions, but I actually look forward to them. In 2012, my resolution was to learn about the stars in the night sky. However, shortly after the flip of the calendar, I encountered my first obstacle--I bought a telescope.Now, you ask,...

Our sister planet, Venus, is back in the evening skies of the Driftless! All planets have their season as they orbit around our sun at different speeds and wander in front of the fixed stars and constellations. Jupiter and Saturn will be easiest to spot in the summer... 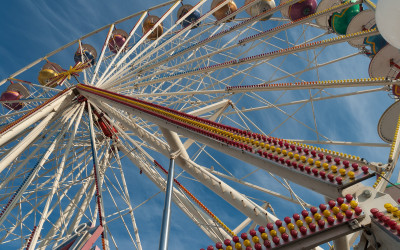 September Festivals in the Driftless